Subject line strategy from the leader of the free world

President Barack Obama’s email would rarely have a subject line that was this long.

That said, it’s not that subject lines don’t need any thought at all.

In 2012, the leader of the free world was campaigning for a second stint at the White House, when he notched up his email subject line strategy.

Sure, everyone knew Obama.

The sender ID told me who he was and what he was going to ask for.

Yet, those emails still tried to increase curiosity with a ridiculous variety of subject lines, as shown in the image below. 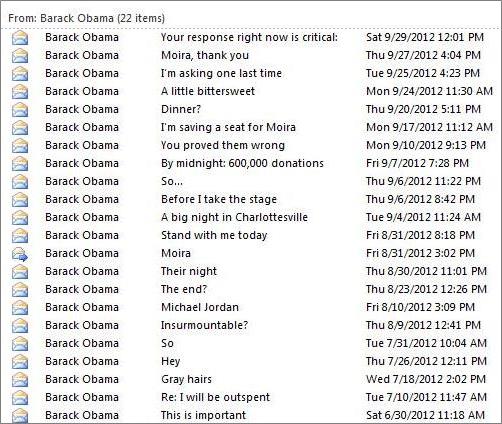 Obama did not just win a second term, but also massively upped his email game, increased his online engagement, and doubled his donations from small donors.

Subject lines don’t need to be about the subject or even be a full line.

What is your one takeaway this week after all that I’ve shared about subject lines? Do share!

Red Alert! An email from the IRS
America’s greenest airline