The fan, the can, the man

This is the tale of a 20-year-old addiction.

However, with the help of a hypnotist, Currie says he’s finally cured.

The grocery store worker from Bangor, Wales, has guzzled an estimated 219,000 cans of Pepsi – the equivalent of seven million sugar cubes – since he first started sipping it in his early 20s.

Due to working night shifts for most of his supermarket career, Currie “Always liked the sugar rush to keep me going.”

Kilmurry hypnotized Currie for 40 minutes over a video conference online and he recovered from his soda craving after just one session.

Currie drank water for the first time in 20 years after the hypnotherapy session, seemingly cured of his affliction. 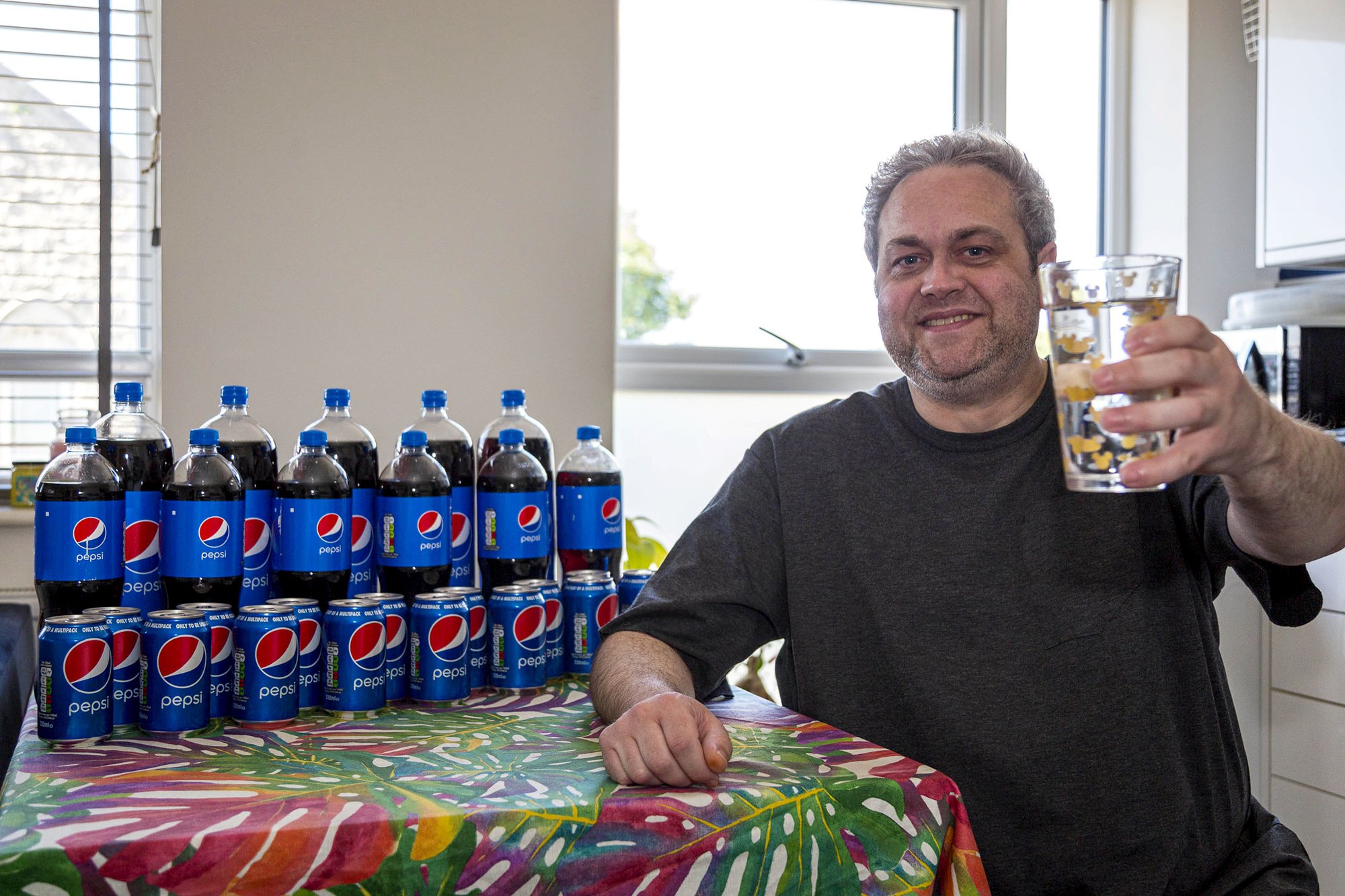 Over the following month, Currie dropped another 14 pounds. “I haven’t touched them in a month and don’t plan to. I prefer water now. My wife Sarah says my skin looks better and I’ve got so much more energy,” Currie claimed. “I don’t know what he said, but afterwards I just didn’t want to drink it anymore,” he said.

All it took was one session with a hypnotist, and a glass of water.

There are many takeaways here, especially around health.

But, from a healthy marketing perspective, it is important to know that there are all kinds of competition for your offering, just as water is to soda.

How is your brand charting its course to navigate a sea of competitors? Let me know here!

Competition is a tough weed, not a delicate flower.